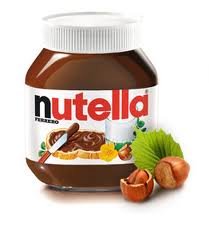 Lessons to be Learned about What Not to Do

Nutella is the brand name of a hazelnut chocolate spread that was introduced to the market back in 1964. It is manufactured by the Italian company Ferrero. This case case study illustrates what not to do as Ferrero damaged their brand loyalty by not ‘understanding the rules of the social media game’.

This is something most Brands would aspire to - an annual event that promotes your product, organised by a fan, recognised internationally and at no cost to you. Naturally, after these years of loyalty and clearly a leading brand advocate, you would think that Nutella would acknowledge Sara and thank her for her dedication.

Well, she was contacted by the brand, unfortunately she was sent a cease and desist letter from the legal department of Ferrero, Nutella’s parent company. This has been widely perceived as a catastrophic blunder and certainly demonstrates what not to do.

It was never suggested that World Nutella Day involved Nutella or Ferrero officially. It was understood to be a group of fans proclaiming their love for a tasty product. Why would you upset the apple cart when you have positive, independent buzz being generated about your organisation or product?

Perhaps the largest oversight in the actions taken by the legal team at Ferrero was not considering the power of social media and the viral effect. The simple question, “What happens if this gets out on Facebook?” should never go unasked.

Appreciate and Acknowledge your Brand Advocates

They are key to your brand’s expansion and long-term success. If you are the only one talking about your brand, eventually people might get tired of listening. So when someone else professes love for your brand, reach out and thank them; And, go out of your way to make sure they continue to love your brand.

A fan of World Nutella Day expressed her shock and disappointment on the event’s Facebook page: “This is some sad news. And I actually lost respect and love for Ferrero. You’ve [done] nothing but promote Nutella. They should thank you and send you Nutella for a life time. And not send cease and desist letters.”

After the outcry, World Nutella Day was reinstated and the cease and desist was dropped by Ferrero. And what about the fan who started this all? Read Sara’s latest blog published late May 2013.